A Temple Behind the Reef 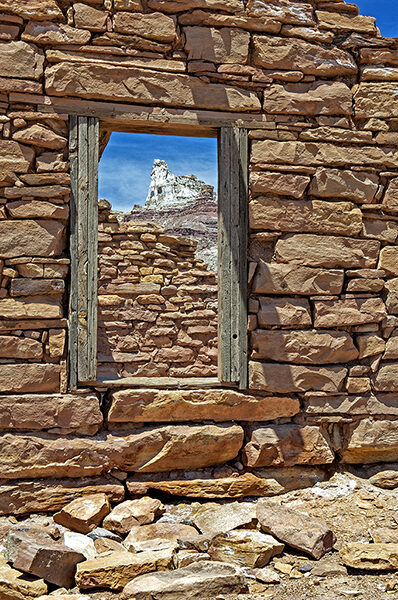 The Colorado Plateau is replete with out-of-the-way places of stark contrast and immense beauty. The San Rafael Swell between Utah 24 and Interstate 70 is just such a place. The Sinbad Country, south of the interstate and just north of the San Rafael Reef is a magical kingdom of Red Rock, managed for us – you and me – by the Bureau of Land Management. Our voices ultimately decide the uses to which this kingdom will be put. There was a time in the late-40s and early-50s when uranium was mined here, overwatched by the majesty of Temple Mountain and its gargoyle of white rock. History says that Marie Curie, the first person to be a two-time Noble Laureate, visited these digs at the height of its activity.  Today they slowly return to the desert as the Temple watches.

A focal length of 48mm, perfectly in normal-land, gave me an intimate landscape and the angle-of-view I wanted. An aperture of f/22 provided depth-of-field; and a shutter speed of 1/8th second at ISO 100 gave me an overall medium exposure. Since the day was essentially cloudless, I chose to concentrate on the lines, shapes, forms and patterns at hand.

If these walls could talk, there are stories they would tell. I am satisfied to allow them to spend their days in silence.